Before Aethusa was known a certain class of cases of cholera infantum, and vomiting and diarrhea in children, all resulted fatally, because there was no remedy that looked like such serious cases. Death is stamped on the face from the beginning, and if there are any remedies that save life this is one of them.

It applies to the cases that come on very suddenly in hot weather in infancy, with extreme prostration. The mother does not suspect the child is sick until she takes it from the crib, only a few hours before it was well but when cholera infantum is prevalent in hot weather, this little one fills its stomach with milk and almost before it has had time to coagulate or form into curds the milk comes up partly in curds and partly  liquid, and accompanying the vomiting there is a thin yellow greenish slimy stool. The child has the appearance as if it were dying, pale hippocratic face, there is a whitish-blue pallor around the lips, the eyes are sunken and there is a sunken condition around the nose.

The child sinks into an exhausted sleep. It wakes up and again fills the stomach with milk which comes up again in a few minutes, partly in curd and partly liquid, and again there is the awful exhaustion, deathly appearance and prolonged sleep. Without Aethusa, in two or three days the undertaker gets that child.

It takes about two hours and a half for the ordinary baby’s stomach to transact good wholesome business in digesting the milk taken, and it ought to have a rest of half an hour or so, and when we get up to three hours and the baby cries then it is probably hungry and will be glad to take some more and digest it.

It has been mostly among babies, but adults sometimes take on an Aethusa state, when digestion has absolutely ceased from brain trouble and from excitement. It has cured dyspepsia from constant feeding, in those nibblers, those hungry fellows who are always eating, always nibbling, always taking crackers in their pockets until there comes a time when the stomach ceases to act. It also suits cases of indigestion from head troubles, with hot head, vomiting, exhaustion, sweat and long sleep.

Now Aethusa suits improperly fed babies. It is at the head of the list of medicines for that condition 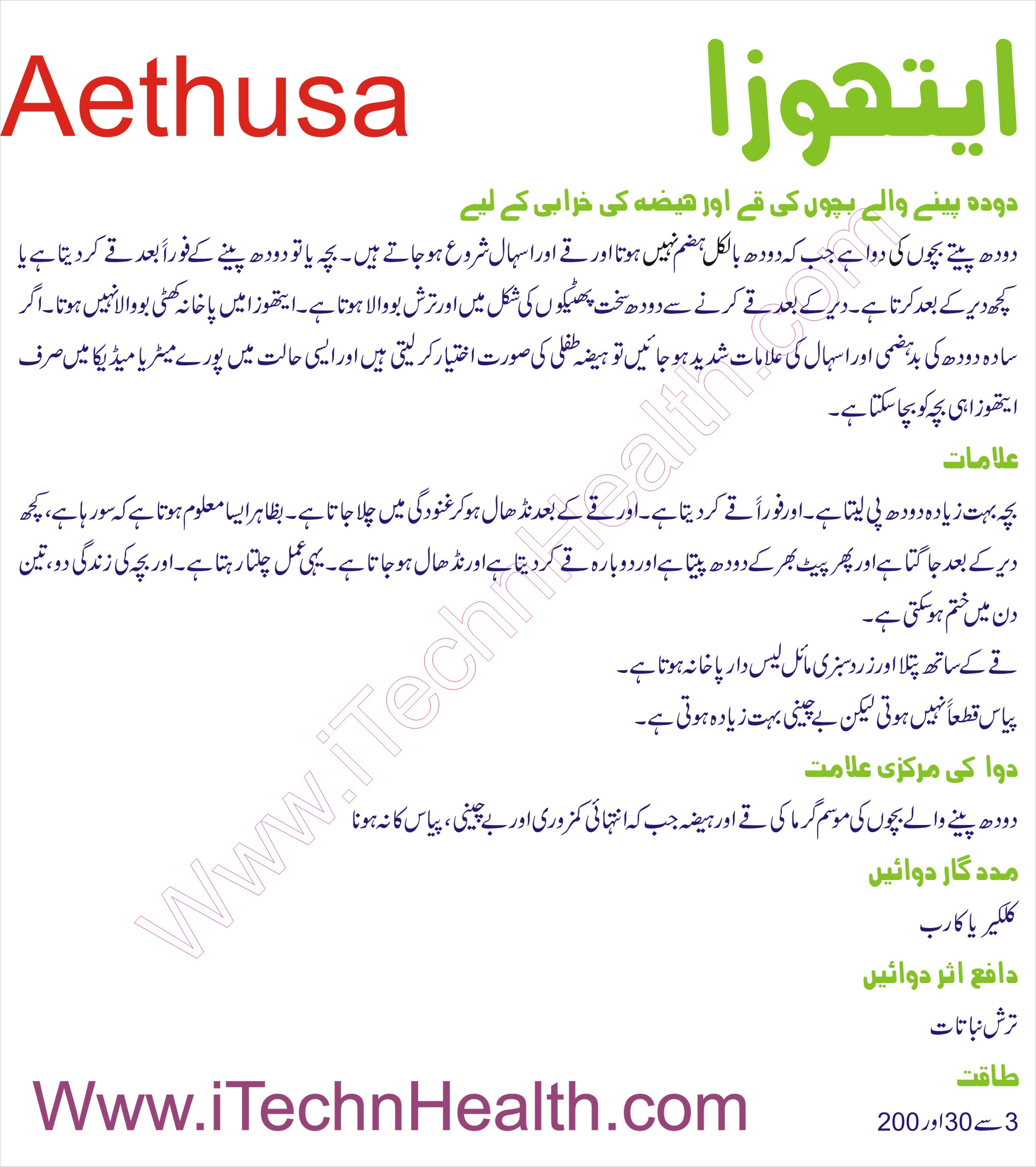 Remedy for Sexual Weakness and Loss of Memory

How to Stop Smoking

Pain In The Back Bone

Homeopathic And Herbal Treatment Of Chickenpox

About admin 1332 Articles
Please feel free to contact us or send your comments. [email protected]