The most striking things running through this medicine are twitching and trembling. Jerking’s of the muscles and trembling of the limbs, quivering and tremors, everywhere these two features are present in all parts of the body and limbs.

There are strange sensations here and there upon the skin or in parts, cold sensations, sensations of cold needles and of hot needles, stinging and burning where the circulation is feeble, about the ears, nose, back of hands and fingers and toes, red spots with itching and burning as if frostbitten. It is a great remedy for chilblains. The patient is extremely nervous and sensitive to cold. Itching. pricking, tingling, etc., come on from mental exertion and are relieved from physical exertion. All the symptoms of Agaricus are also aggravated after sexual intercourse especially in the symptoms of the spinal cord. It is useful for the symptoms which come on after coition in young, nervous married women, hysterical fainting after coition.

The mental symptoms are such as you would expect. Great change-ability, irritability, mental depression and complaints which come on from over exertion of the mind and prolonged study.

Remedy for Children who are late in learning to talk and walk, Weakness of Children are late in learning to talk and walk, thus combining the features of two remedies, Natrum muriaticum, which has the symptom “late learning to talk”, and Calcarea carb., which has the symptom “late learning to walk”. It will be noticed in Calcarea that this is due to a defect in bone weakness. In Agaricus it is a mental defect. a slowly developing mind. Children with twitching and early fainting, nervous girls prior to puberty who have convulsions from being scolded, from excitement and shock, late in mental development. Children who cannot remember, make mistakes and are slow in learning. Nervous patients who on going over their manuscripts find out their mistakes in writing and spelling. The condition of the mind is one in which they are slow to grasp ideas; wrong words float in kaleidoscopically. 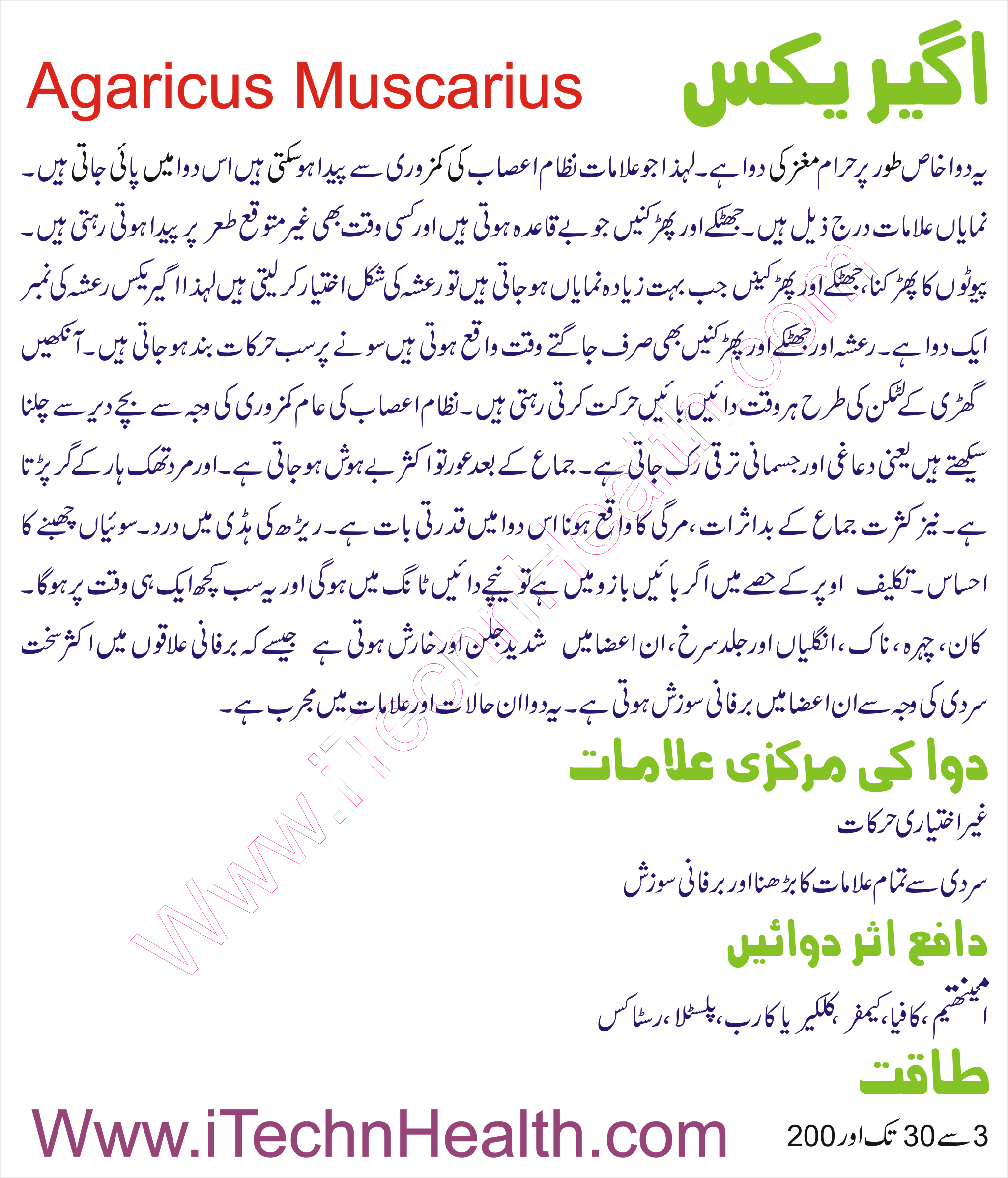 Homeopathic And Herbal Treatment Of Chickenpox

Pain In The Back Bone