You can download this book in many websites but I have converted this book into PDF format. Now you can easily navigate between pages.

In this Flip page book you can see the answers about Polygamy, Veil (Hijab), Spread by Sword, Fundamentalists, Non Vegetable Food, Alcohol, Pork, Life After Death, Sects, Kaafir, Misconceptions due to media 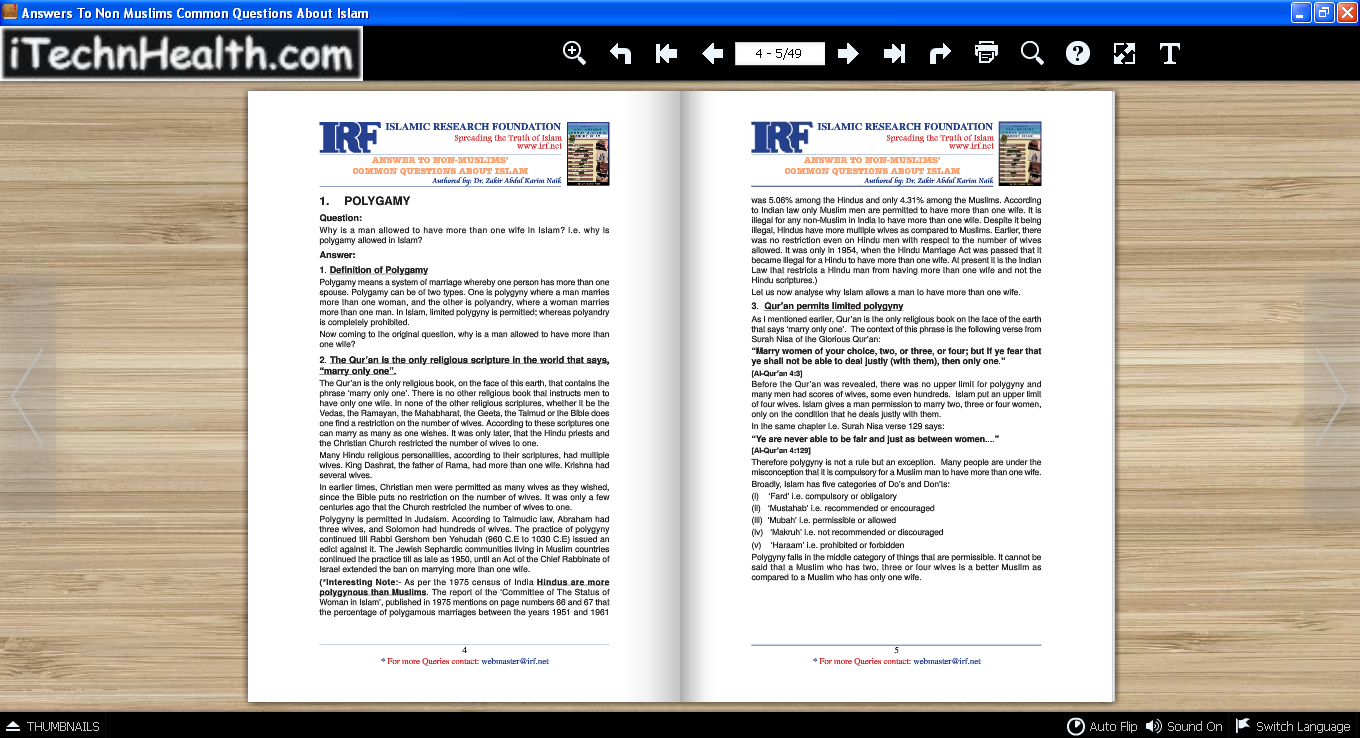 You can download  this Flip Page Book from link given below:-

Why is a man allowed to have more than one wife in Islam? i.e. why is polygamy allowed in Islam.

Why does Islam degrade women by keeping them behind the veil? 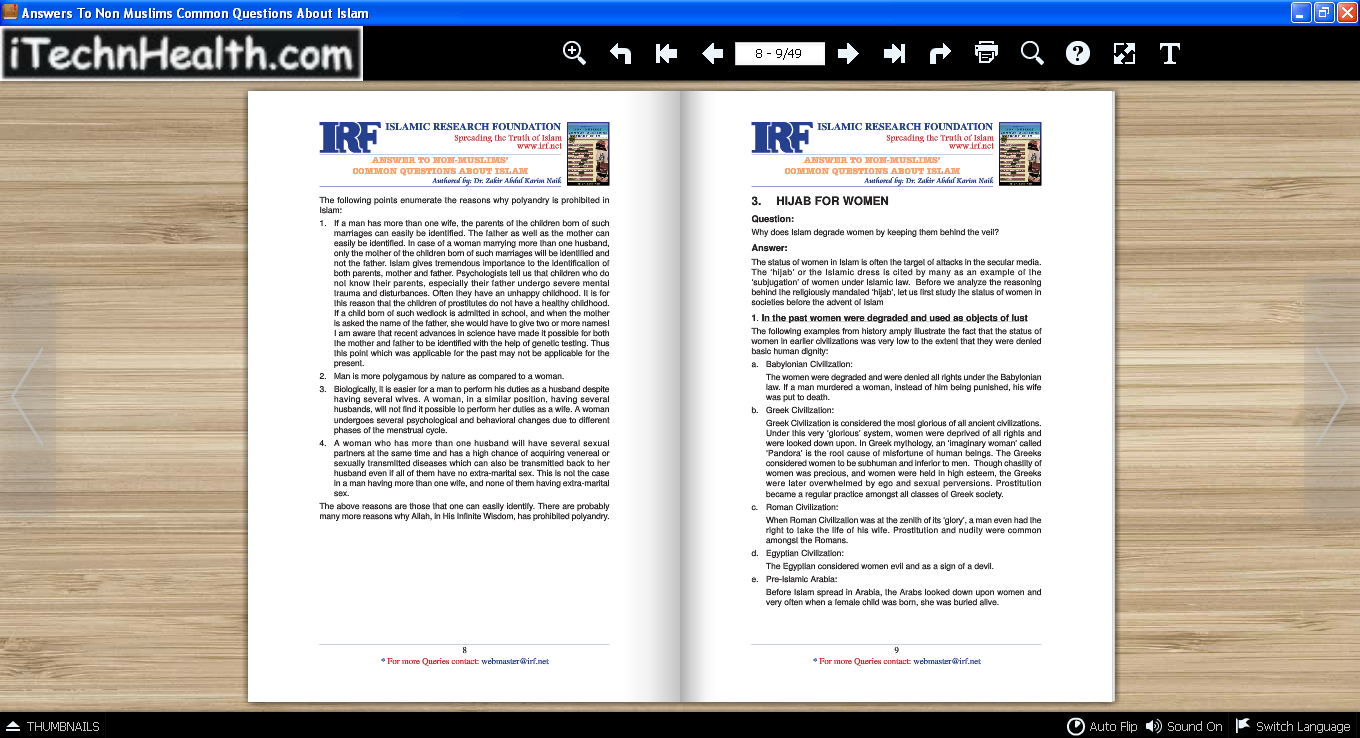 How can Islam be called the religion of peace when it was spread by the sword?1

Why are most of the Muslims fundamentalists and terrorists?

Killing an animal is a ruthless act. Why then do Muslims consume non-vegetarian food?

Why do Muslims slaughter the animal in a ruthless manner by torturing it and slowly and painfully killing it?

Science tell us that whatever one eats, it has an effect on one’s behaviour. Why then, does Islam allow Muslims to eat non-vegetarian food, since eating of animals could make a person violent and ferocious?

When Islam is against idol worship why do the Muslims worship, and bow down to the Kaaba in their prayer?

Why are non-Muslims not allowed in the Holy cities of Makkah and Madinah?

Why is the eating of pork forbidden in Islam?

Why is the consumption of alcohol prohibited in Islam?

Why are two witnesses who are women, equivalent to only one witness

Under Islamic law, why is a woman’s share of the inherited wealth only half thatof a man?

How can you prove that the Qur’an is the word of God?

How can you prove the existence of hereafter, i.e. life after death?

When all the Muslim follow one and the same Qur’an then why are there so many sects and different schools of thoughts among Muslims?

All religions basically teach followers to do good deeds. Why should a person only follow Islam? Can he not follow any of the religions?

If Islam is the best religion, why are many of the Muslims dishonest, unreliable, and involved in activities such as cheating, bribing, dealing in drugs, etc.?

Why do Muslims abuse non-Muslims by calling them Kafirs?

You can download  this Flip Page Book from link given below:-

Post Views: 507
Spread the love
About admin 1808 Articles
Please feel free to contact us or send your comments. [email protected]