What To Take For Vomiting At Home - iTechnHealth.com

What To Take For Vomiting At Home

Vomiting is a reflex action in the stomach that forcefully expels out the gastric contents from the mouth. Vomiting is a general problem not a serious problem mostly caused due to heavy meals, pregnancy, indigestion, diarrhea, viral infections, stomach upset, stomach acidity,  dehydration, having too much of alcohol and food poisoning. There are few signs that warn you when you are going to vomit, which includes fluctuation of body temperature, increase in the heart beat, excessive formation of saliva in the mouth and dizziness. The signal for vomiting reflex is created in brain or in the stomach. Here in this post I will share headache and vomiting home remedies, anti nausea remedies, ways to helps with nausea and vomiting and home remedies for vomiting during pregnancy. 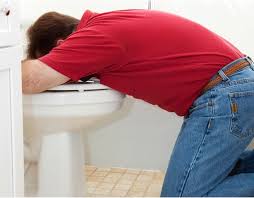 How To Stop Vomiting At Home?

There are many different medications that are known to cause a bout of nausea and vomiting.  But  there are also some effective home remedies to stop vomiting try these home remedies before going to hospital due to vomiting.

Ginger is well known anti emetic to stops vomiting. Ginger is good for digestive system and work as a natural anti emetic to prevent vomiting. When you feel the signs of vomiting take a cup of ginger tea. This can also help to stop vomiting while you are travelling. You can add a little amount of salt in this tea for enhance the taste.

Other ways to use ginger is to chew the ginger pieces directly alternatively, make a mixture of honey and ginger paste and drink one tea spoon of this mixture. Lemon juice and ginger juice is also very useful to stop vomiting immediately.  This is also one of the best and safe natural ways to stop vomiting in pregnancy.

Minit tea can provide relief from vomiting, especially when it is caused by upset stomach. To get away from the vomiting sensation, collect the fresh mint leaves and chew them. Mint tea is also helpful to stop vomiting. You can easily make a mint tea by boiling fresh or dried mint leaves in water and leaving for 20 minutes and add some honey in the mint extract.

Onion Juice It stops vomiting and nausea immediately. Grind some onion, squeeze the juice, mix it with peppermint extract, onion and peppermint soothe your stomach and ease the vomiting. Take this mixture for regular intervals to escape from the vomiting.

Milk smooth the stomach and stops the vomiting reflex. If your vomiting is primarily due to hyper acidity or gastritis. Do not drink cold milk directly. Heat a cup of milk in a cup of water till it is hot, but not till it is boiling hot. Put it in a bowl. Then, take a piece of slightly buttered toast and add it to the milk. Eat it slowly. This can also be used to stop morning sickness in pregnant ladies.

Cinnamon also called “Dalchini” in some Asian countries helps calm the stomach.  Cinnamon is a well known and safe anti-emetic. It is given to pregnant ladies for morning sickness as it is one of safe and effective natural ways to stop vomiting in pregnancy.

In a cup of boiling water, add ½ teaspoon of cinnamon powder or simply use a cinnamon stick, allow it to sleep for a few minute then strain the water. You can also add honey to it to enhance it’s taste. 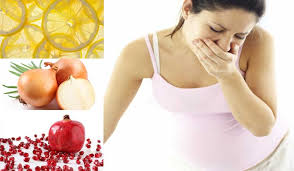 Rice water helps alleviate vomiting, especially when it is caused by gastritis due to hyper acidity in stomach. While preparing rice water, use white rice not brown rice as it is easier to digest. Boil white rice in water and let it boil for some time. Have this starchy water after cooling. Strain it and drink this rice water several times in a day. It will give immediate relief from vomiting. It is one of the best homemade remedy the prevent vomiting.

How To Stop Vomiting At Home?

Spread the love
About admin 1700 Articles
Please feel free to contact us or send your comments. [email protected]