Using hydrogen peroxide is not actually the worst way to clean your ears. So it has a couple of benefits you know one is by putting any kind of liquid on the earwax. It softens it up but the added benefit of hydrogen peroxide is it kind of fizzes and bubbles as it comes into contact with the wax. Sometimes that fizzing can actually you know push the wax out of the ear, so it actually falls out on its own so that is potentially something or an advantage that hydrogen peroxide has over other ways to soften ear wax.

There are couple of downsides with hydrogen peroxide. The main one being that it is somewhat of a caustic or irritating substance especially for people who are doing this frequently. They’re putting hydrogen peroxide in every day or several times a week over time that chemical that you’re putting in your ears can definitely irritate the skin.

The ear drum can get inflammation of the skin, pain and dryness of the ears. Another downside would be for any patient who has a hole in their eardrum or an ear tube that’s sitting in the eardrum because if hydrogen peroxide gets through the eardrum to the other side it can be very painful. So that’s not something that you want to do

Is It Safe To Put Hydrogen Peroxide In Your Ears?

I think using hydrogen peroxide for earwax is not a terrible idea but in my opinion the best way to soften your wax is actually to use more of an oil-based drops. Something like baby oil, mineral oil even potentially stuff like olive oil.

I hope that’s helpful for anybody who’s trying to get their ears cleaned and you know if you can’t clean it at home you can visit to ENT specialist to get your ears cleaned. 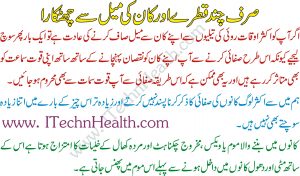 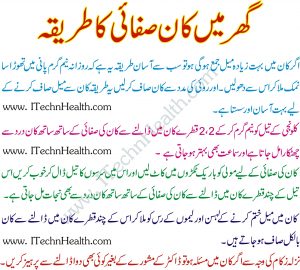