How To Create A Wi-Fi Hotspot - iTechnHealth.com

Many Android smartphones and tablets can be used as mobile hotspots  (portable Wi-Fi hotspots), letting you share your internet connection on your Android device wirelessly with up to 5 other devices, including other cell phones, tablets, and computers. The Wi-Fi data sharing feature is built into Android devices. 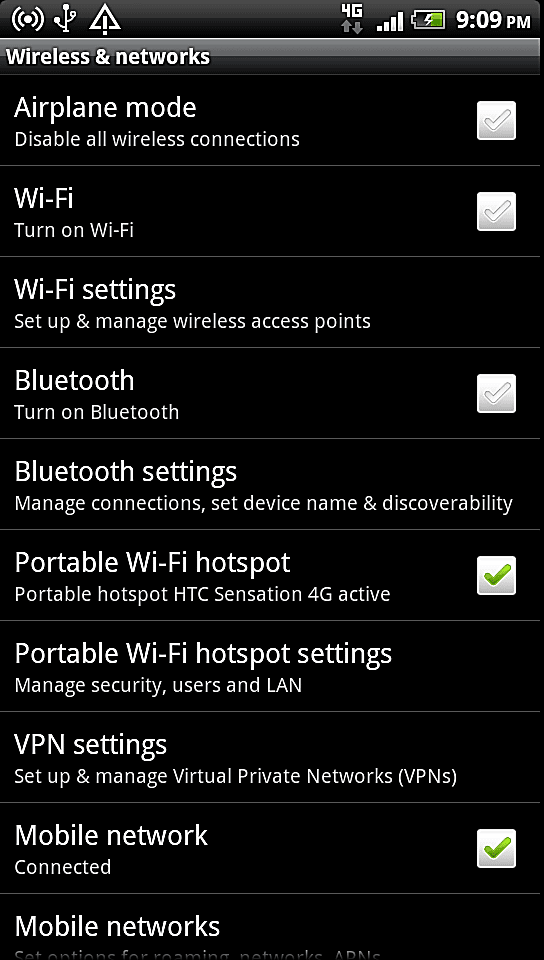 This is more convenient than traditional tethering where you would share a data connection with a single computer using a USB cable or Bluetooth, possibly with the help of software like PdaNet.Using the portable Wi-Fi hotspot feature, you don’t need to have the app installed on your laptop or other devices and you get simultaneous Wi-Fi internet access for several devices.

Using your phone as a Wi-Fi hotspot is pretty simple, you just need to turn the feature on in your phone, and then the Wi-Fi signal will appear just like a regular wireless access point that your other devices can connect to. Here are the step-by-step instructions .

1. Go to Settings on your Android phone. You can get there by pressing the menu button on your device when you’re on the home screen, then tapping “Settings”.

2. At the Settings screen,tap the “Wireless & networks” option. 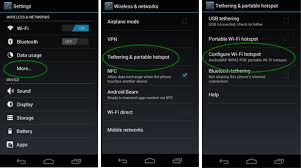 Find and Connect to the New Wi-Fi Hotspot Created

1. From each of the other devicesyou want to share Internet access with,find the Wi-Fi hotspot; this will probably be done automatically for you. Your computer, tablet and smartphones will notify you that there are new wireless networks to connect to.

How To Create A Wireless Hotspot